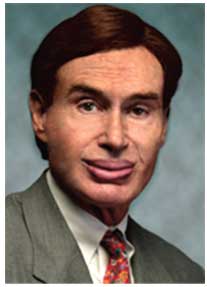 Bob Mussehl joined the Seattle Athletic Club in 2003. He is a plaintiff personal injury lawyer with an office in Downtown Seattle. He is a past Chair of the American Bar Association Section of Dispute Resolution (2001-2002). He has signed a pledge to use Alternative Dispute Resolution (ADR) to resolve personal injury claims for his clients by negotiation mediation, or arbitration.

Bob won the most inspirational award for the Washington Ironman Bodybuilding competition in 2004, the Emerald Cup in 2008 and 2014, and the Washington State Competition in 2012. He placed first in the 2011 Emerald Cup in the Master’s Division for his age group and has been awarded more than 40 trophies over the past 17 years. The Emerald Cup is the largest body building and fitness competition in the United States, and is promoted by Craig Productions operated by Brad and Elaine Craig. They made the following statement: “Bob Mussehl is an inspiration to the bodybuilding and fitness community and has been to us personally, for the past seventeen years. While many people his age are in nursing homes or dead, he is competing in bodybuilding, practicing law, raising a family and striving to get better every year. He is truly an amazing spirit and it is an honor to know him!”

Bob Mussehl is also a sport lawyer/agent. Mr. Mussehl has represented NBA players in extensive contract negotiations, including Spencer Haywood, Fred Brown, Slick Watts and Zaid Abdul Aziz (Don Smith). Bob was the major owner and C.E.O. of the Seattle Smashers, a co-ed, professional volleyball team, which played at the Seattle Center Arena, (1976 – 1980). He has served as attorney, business agent and sports agent for Spencer Haywood for over 40 years. Spencer was recently elected to the Naismith Memorial Basketball Hall of Fame.

Bob trains 6 days a week at the Seattle Athletic Club Downtown. His personal motto for successful results is: “Steady wins the race!” Being consistent and balanced is the key to his success in body building, and this philosophy carries over to Bob’s professional career as a lawyer, mediator, and arbitrator. Bob is the author of two books: “Paradise: A Roadway to Heaven” and “Paradise: Practical Wisdom to Unite Our Divided World”

Bob has been married to Misook Chung for 28 years, and their 19 year old son, Omar Mussehl, is a varsity squash player at George Washington University in Washington, D.C.

Bob believes that the Seattle Athletic Club is the best facility in the Seattle area for all around training and conditioning!