Our Annual One-hour Postal Swim took place on January 29, 2012 at Mercerwood Shore Club. Seattle Athletic Club Downtown members took on the challenge to swim as far as they could in one hour with their friends and teammates taking splits and counting laps along the way. The results are mailed, hence the title “postal”, into USMS (United States Masters Swimming) to be ranked nationally amongst other dedicated swimmers. All results are posted in yards. Several swimmers were participating for their second or third year in a row, others for swam for their first time ever. It’s a fun, challenging, event that swimmers look forward to each year! 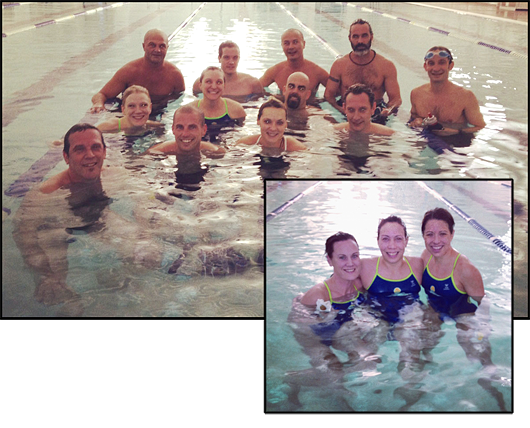 Congratulations to our following members!

The above figures are yards swam during the 2012 Postal Swim. Asterisk (*) denotes improvements in distance from previous Postal Swim results.

Swim Conditioning classes at Seattle Athletic Club Downtown are a great way to improve upon your swim fitness and technique. Contact Coach Teresa Nelson at tnelson@sacdt.com with any questions.

Previous
Breaking Down The Principles of Pilates

Next
ZONING: The Gateway to Heart Rate Training